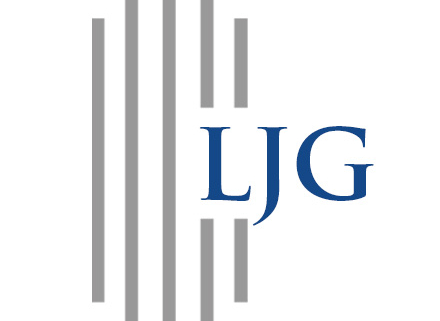 The Florida Supreme Court disagreed and held that effect must be given “to the express terms of the subject insurance policy….” Pursuant to the express terms of the policy, the lost rent damages were not recoverable.  Additionally, the Supreme Court held that because the insurance company was immune from any suit for bad faith, the insured could not recover the amounts asserted.

In this case, the Court of Appeal reversed the Trial Court’s denial of nonresident defendant’s motion to dismiss for lack of personal jurisdiction. the Court of Appeal opined that the Amended Complaint neither cited nor incorporated the language of Florida’s long-arm statute. Instead, the pleading justified long-arm jurisdiction over a nonresident based on participation “in a civil conspiracy to commit a tortious act in Florida and the alter-ego theory.” The Court of Appeal also instructed the Trial Court to permit the plaintiff leave to amend to correct the pleading deficiencies.

In this case, the Third District quashed a Trial Court’s Order requiring the production of   an insurance company’s claim reports, adjuster notes, and photographs despite the insurance company asserting work product privilege. A coverage dispute arose between insured property owner and insurer after the insured reported a claim. The Third Distict pointed out that, “[i]n the insurance context, a document may be deemed to have been prepared in anticipation of litigation if it was created after the insured tendered its claim for coverage.” The Third District also found that the insured had not presented sufficient reasons to overcome the work product privilege.  Finally, The Third District noted that while coverage remains in dispute, an insurer’s claim file is not discoverable.

The Court of Appeal held that a Trial Court erred in allowing a peremptory strike of an African-American potential juror over the defendant’s objection.  As per the Florida Supreme Court, once a party timely challenges a peremptory strike on racial grounds and shows that the potential juror “is a member of a distinct racial group,” the Trial Court must receive the striking party’s race-neutral explanation for the strike. The Trial Court then determines whether the explanation is race-neutral based on genuineness, not necessarily on reasonableness.

This case focused on the issue of having a race neutral explanation.  As the State argued,  the primary reason for the strike was due to the potential juror’s “alleged lack of interest in the jury selection process.” The Court of Appeal opined a lack of interest was not a valid ground for striking a potential juror.   The Court of Appeal reversed the conviction and ordered a new trial.

In this premises liability case, an employee of a subcontractor appealed a Trial Court’s order granting summary judgement in favor of the general contractor. The employee was injured on a construction site when he opened a door to access stairs and stepped into an uncovered drain. The employee had worked intermittently on the construction site.  The last time he was on site, the drain had been closed and marked with caution tape. Since the employee knew the drain’s location, the Trial Court concluded that the drain was “open and obvious” and therefore the general contractor was not liable as a matter of law.

The Court of Appeal disagreed, explaining that the test for the obvious danger doctrine “‘is not whether the object is obvious, but whether the dangerous condition of the object is obvious.”’ The Court of Appeal reasoned that while the drain itself was obvious, the dangerous condition was not. The Court of Appeal noted that there was no evidence showing that the employee knew that the drain was uncovered, especially since on the day of the injury the caution tape had been removed. Thus, there was a genuine issue of material fact precluding summary judgement for the obvious danger argument.

In a case addressing a coverage dispute, an insurer sought to disqualify the insured’s allegedly biased appraiser, Mr. Thomas.  As reflected in the opinion, the insured moved to disqualify the insurer’s appraiser, Mr. Diaz, and was provided with Mr. Diaz’ financial documents for use in demonstrating that Mr. Diaz worked for the insurer on numerous occasions.  In response to this motion, the insurer noticed Mr. Thomas for deposition and requested that he produce his personal financial records at the deposition.  Mr. Thomas objected, noting that his records were irrelevant.  In response, the Insurer argued that the requested production would establish that Mr. Thomas worked for insureds on numerous occasions (similar to Mr. Diaz working for insurance companies) and therefore, neither appraiser should be disqualified.